What is Bip-100? A Look at One of Bitcoin’s Scaling Proposals

AfterBitcoin was created by the unidentified Satoshi Nakamoto, other cryptocurrencies (altcoins) have been invented to solve several flaws, which they considered a stumbling block in the future development of the cryptocurrency. There are several considerable flaws in the working of the BTC blockchain, some of which include; Scalability, the BTC mining process, etc. In this article, we will be discussing Bitcoin’s scalability and the possible solutions to this problem.

To properly comprehend the usefulness of a scalable blockchain network, we have first to understand what scalability means and how it affects the functioning of a network.

Therefore when a network is described as scalable. It simply means the network can still attain optimal function while supporting additional modifications to the network. As earlier mentioned, various aspects of a blockchain network can be scaled, and this leads to the categorization of scalable networks as follows;

Asides from being known to be a crucial store of value, the digital gold crypto is also known for its scalability problems, and this is mostly due to its design, which makes it difficult to include modifications. Bitcoin utilizes the proof of work mechanism to introduce new tokens into circulation in a process called mining. The Bitcoin mining process involves the utilization of powerful computing machines to solve complex mathematical equations. Solving an equation results in releasing new tokens to the miner as a reward for the computing power utilized hence the name proof of work.

The Bitcoin scalability problem reflects on the networks as a limitation of the number of transactions that can be handled by the network in the shortest time frame possible.

Currently, the BTC blockchain can carry out about seven transactions per second, requiring about 10 minutes for each block creation and a block size of 1 MB. due to this limitation, the network can get slowed down. Therefore, several proposals such as forks and modifications have been made.

This article will discuss one of the suggested solutions to the BTC scalability problem, and this is the proposal by Jeff Garzik.

Recommended: A History of Proposals to Increase the Block Size . 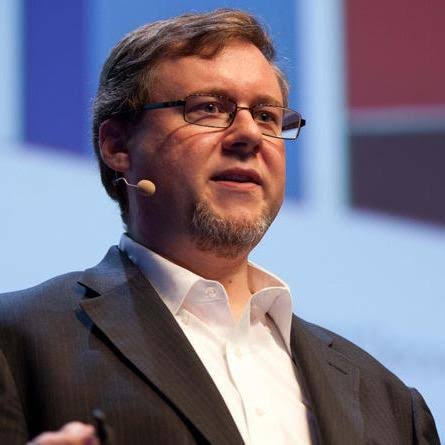 The BTC core developer, Jeff Garzik, is also recognized as the co-founder of Bloq and his other involvements, such as an advisor to BItpay.

In Jeff Garzik’s 2015 proposal, he stated the importance of Bip 100 to solve the scalability problems experienced by the BTC network. Stating that due to the restricted nature of the block size, transactions could get stalled. Therefore, a constant delay of transactions can hinder the progress of the network in the future.

Jeff’s proposal on Bip 100 was published as a 12 page PDF document fully describing the reasons for introducing this mechanism of function and how Bip 100 will function. To have access to the full document, click here.

As earlier mentioned, the Bitcoin block size is currently 1 megabyte, and this translates to an average block creation time of 10 minutes and a transaction per second range of 3.3 to 7 tps. The above is considered not enough; therefore, Bip 100 intends to function by not limiting block size to the network. In his paper, Jeff Garzik suggests how the power of choosing the block size would be taken away from the Bitcoin community and placed in the open market. He believes that there is no use of the BTC blockchain protocol controlled by a particular set of individuals.

By removing the block size limitation, the network will be able to handle an increased number of transactions per second, with size being determined by the miners, with the miners being able to communicate the decided size of each block individually. A vote taken by the miners will determine the size of each block. However, for the Bip 100 mechanism to be functional, about 90% of the BTC hash power on the blockchain network has to adopt its usage.

As earlier stated, miners will be able to determine the size of each block, but sizes will only be able to be either doubled or halved.

Although the full functional mechanism of the Bip 100 is not known, the initial response by the Bitcoin was mixed, and this is due to several reasons stated below;

Jeff’s Garzik’s solutions to most problems

Should the Bip 100 protocol be implemented?

Although the initial response to the proposal was not as he intended, recent events have seen individuals go back to this proposal and back it up. Some individuals, such as Sonny Singh, the CCO of Bitpay, have openly declared his support for the Bip 100 protocol.

The above article analyzes the Bip 100 protocol proposed by Bitcoin core developer Jeff Garzik, which is expected to provide a dynamic side to control the block size. Therefore, creating a network capable of adjusting based on the required performance, increasing its efficiency. The entire point of scaling Bitcoin is to enable faster and cheaper network transactions. The Bitcoin8m project aims to raise community awareness of the blockchain’s limitations and how they can be addressed. It is also worth noting that Bitcoin8m does not result in a hard fork. Please read the following to gain a better understanding of the movement: How is Bitcoin8m created and why it won’t cause a hard fork._