If we recall what we know about size scalable systems, it would be that as the number of users or resources grows, our system needs to be able to manage that influx. The core character of a bitcoin transaction means a restrained number of transactions per second, so it’s difficult to scale beyond this benchmark.

Therefore, our article will elaborate on the differences between Bitcoin and Bitcoin Cash. You will learn why Bitcoin Cash was created as the hard fork of Bitcoin. Before you delve deeper into the topic, consider reading our blog post on the Bitcoin Block Size Debate, to better understand the underlying message of this article.

NB: The table has been presented according to information from March 05, 2021.

The main aim of creating Bitcoin was to provide a digital currency that can be used to buy goods and services but uses an online ledger with strong cryptography to secure online transactions.

On the other hand, Bitcoin Cash was created from Bitcoin through a process called a fork. The primary purpose of BCH is to increase the size limit of Bitcoin, from 1MB to 8MB.

Updates on the Bitcoin core software lead to the inception of what is known as SegWit. SegWit in full means segregated witness. This update to the Bitcoin core allows the block size to scale without an actual increase. SegWit rather removes the signature data of transactions. SegWit is considered a soft fork of Bitcoin.

To learn more about SegWit read our blog post on SegWit Vs Big blocks.

Bitcoin Cash doesn’t have SegWit as an update. In fact, BCH has not been soft forked to date. However, its hard fork is Bitcoin SV, which is 32MB large. 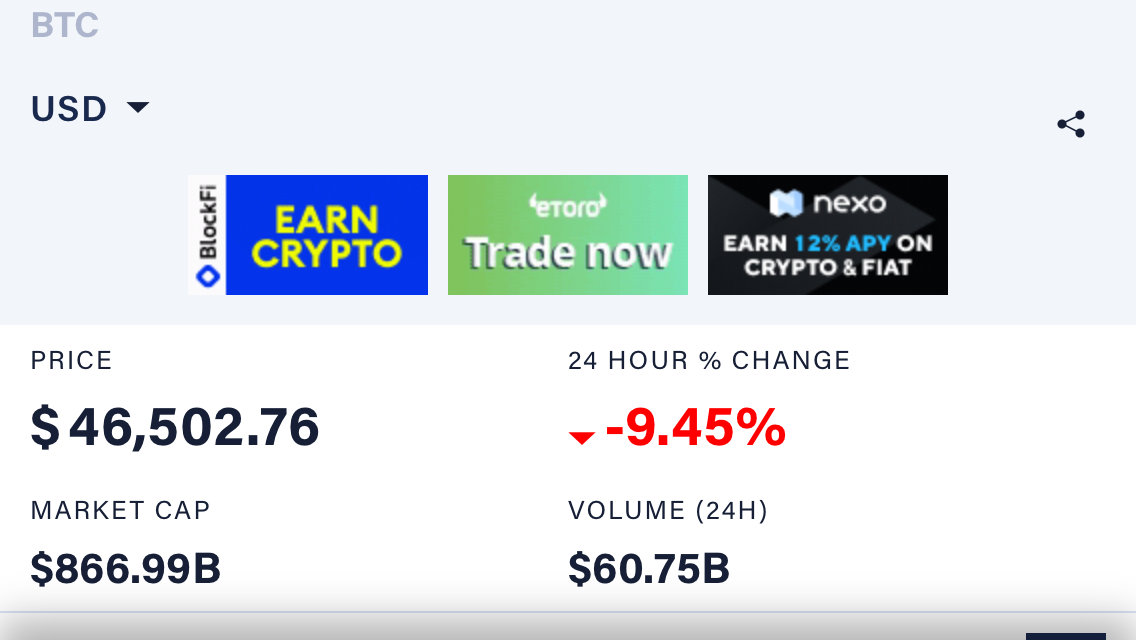 Bitcoin Cash market Capitalization was approximately 9B on March 02, 2021. 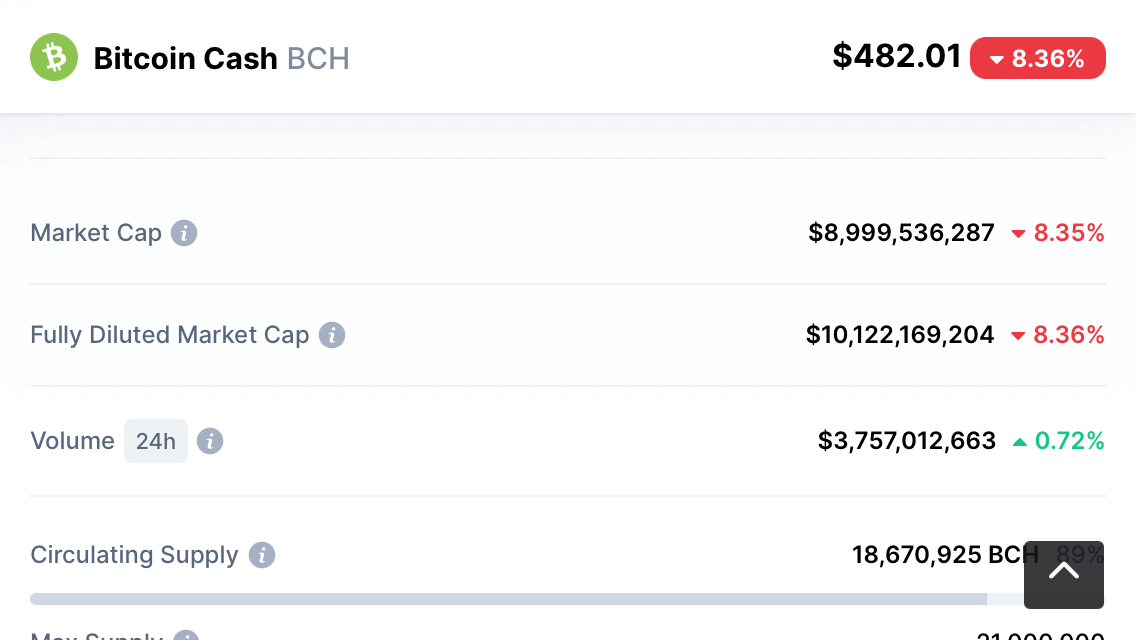 The Bitcoin Core protocol limits the block to 1 MB in size. Each block contains at most some 4,000 transactions. Blocks are added to the blockchain on average every 10 minutes, therefore the transaction rate is limited to some 7 transactions per second (TPS).

The results of Bitcoin’s size limit include:

Bitcoin Cash offers more scalability by increasing the size of blocks to between 8 MB and 32 MB, thereby enabling the processing of more transactions per block.

In general, Bitcoin transactions will be confirmed between 10 minutes and over a day later. The two biggest influences on the confirmation time are the number of transaction fees and the activity on the network.

Differently, the Bitcoin Cash transaction time depends on the number of confirmations required by the address sending address. For example, if an address needs two confirmations, it would take less time than an address that needs four confirmations. One confirmation is usually between 2 - 12 minutes. As a result of the upgraded network, Bitcoin Cash can transfer relatively faster than Bitcoin.

With BCH, the number of transactions per block is more ― about 25,00 for a block. As such, a miner stands a better chance of gaining more rewards. 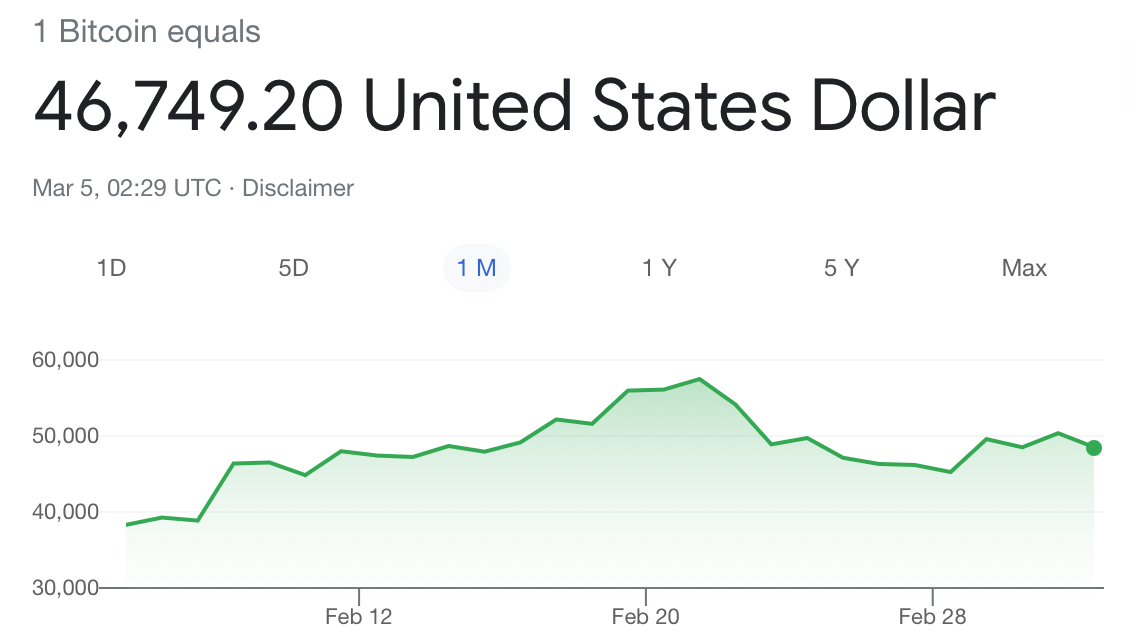 Bitcoin Cash is priced at 481 USD. 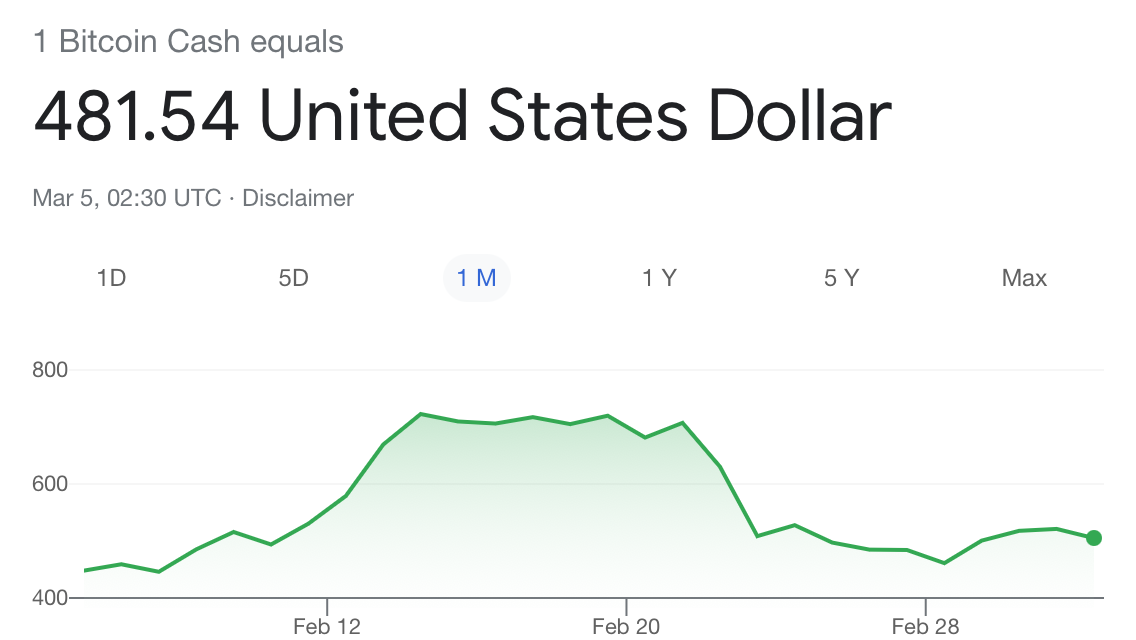 Trading volume the amount of the coin that has been traded in the last 24 hours. For example, roughly $3.5 billion worth of Bitcoin has changed hands in the last day. This metric may be represented in fiat, crypto, and percentages.

The ranking of cryptocurrencies places coins in a hierarchy, according to their market capitalization. Currently, Bitcoin is the number one coin, while Bitcoin Cash ranks in the 11th position.

### 10. Transaction Capacity As mentioned earlier, the Bitcoin blockchain has an impaired transaction capacity of 3 -7 transactions per second. The difference between Bitcoin and Bitcoin Cash here is that the latter can manage up to 24 transactions for every second.

Similarities between BTC and BCH

Both Bitcoin and Bitcoin Cash utilize a Proof-of-Work (PoW) consensus mechanism to endorse transactions and offer new tokens as miners’ payments. Proof of work is a piece of cryptographic evidence provided by miners to show that a certain amount of computational effort has been expended for some purpose. This will enable validators to verify this expenditure with minimal effort on their part.

The two blockchains also utilize the Emergency Difficulty Adjustment (EDA). This system adjusts the difficulty of the network every 2016 block or roughly every two weeks. Its idea is to give each coin a predictive monetary supply.

Block time means the time needed to develop the next block in a chain. Here, for BTC and BCH, this time depends on how long it takes the miner to find a solution to the hash, and mine a block. Both coins have a 10 minutes block time.

Both Bitcoin and Bitcoin Cash have 21 million as their highest possible supply. It’s also worth noting that the circulating supply of both BTC and Bcash is around 18 million.

In summary, the primary objective for introducing Bitcoin Cash was to indirectly improve the transaction time by scaling block size. Bitcoin’s block size is 1 megabyte, and by most technological standards, that’s not a lot of data. Bitcoin Cash increased the block size of its network to 8MB to facilitate transactions quickly.

That said, there’s still much work to be done in scaling and making Bitcoin a globally accepted currency. This situation has sparked several debates on the size of Bitcoin. Bitcoin Cash promises a solution to this problem. However, not everyone sees it this way. Hence, it’s crucial to understand how Bitcoin Cash can do this. What are the pros and cons of scaling the Blockchain through Bcash?

The project that addresses these questions is already in the works. BITCOIN8M as we name it, is a movement focused on bringing awareness to miners, average users, and other stakeholders in the network, of the need to increase the Block size. In reality, this is inevitable, and everyone has a role in it.

You should be aware that Bitcoin-8m does not cause a hard fork. Bitcoin8m core is simply a modified version of bitcoin core to start accepting block of weight up to 8 times the regular MAX_BLOCK_WEIGHT (which is defined at 4000000) if 1000 consecutive blocks in the past show acceptance of big blocks. For every release of bitcoin core, we release a similar version with a different versioning convention that contains just the above tweak. For example, if version 0.21.0 is released for bitcoin core, we will release bitcoin8m core 8.21.0 which is identical except for the above tweak. Bitcoin8m source code can be downloaded from this https://github.com/bitcoin-8m/bitcoin. You can just replace the bitcoin core binary with bitcoin8m binary of compatible version and everything should continue to work as usual.

You can learn more by joining our Reddit discussions on these concerns.